How One Advent Hymn Inspired a Mass Setting 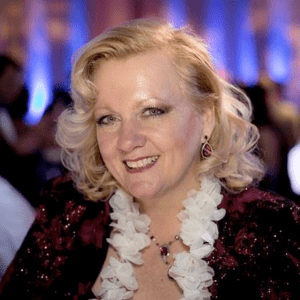 Well, hey there! Welcome to the musings of Cher & Gene Klosner. This is Cher, and we’ve been asked to write about the inspiration behind our Mass for the Advent Season, so here ya go!

In 1993, Gene and I were hired to perform for several events at World Youth Day in Denver, CO. Following WYD, we performed for several Catholic youth concerts and events around the Midwest. The events themselves were always so much fun, and reached the teens in every way – except at Mass.  Back then, we weren’t involved with the music at these services, so we’d sit in the congregation and participate, and would inevitably see kids falling asleep in the pews.

A Mass Setting for Youth

After witnessing this time and time again, I looked at Gene, and said, “When is SOMEBODY going to write Mass music that speaks to the youth in the church?” and like a lightning bolt, it hit me – why not us?  Like Peter, who considered himself a lowly fisherman, and Joseph, who saw himself as a mere carpenter, maybe we were being called to help in this area.

We were hired at Our Lady of the Rosary parish in Paramount, CA, in June of ’99 to form and direct a youth program/choir and a contemporary choir (the most rewarding job we’ve ever had, btw). Every Sunday before each service, we would throw together 3-part harmony arrangements for each song.  It was so satisfying to create on the fly and have these awesome kids just “get it” and sing it back for the congregation within the next hour. It was during this process, we came up with an SAT arrangement for the beautiful public domain song, “O Come, O Come, Emmanuel.”

That process was enough for the first couple years, but eventually as we would approach the different seasons of the church, we felt the need to take the service music a little deeper, by creating Mass settings specifically for that season. In ’03, we started with Advent, by taking our arrangement of “O Come, O Come, Emmanuel” and marrying the melody and harmonies to the words of the “Sanctus” and the “Great Amen.” Because the kids already had the harmonies in their heads, it was simply a no-brainer to substitute the words.

We got a tremendous response to this initial setting, and soon after, we came up with arrangements for the Lamb of God, the Memorial Acclamations, the Doxology, and, at the request of a certain fellow music director we all know and love, we added the Kyrie.  Of course, we used our local parishes that we play at here in Omaha, Nebraska, to tweak the melody and phrasing. Excitement grew for final version. When it finally published, it was a huge success here in the Archdiocese of Omaha.

The original Mass for the Advent Season was first made available for sale in 2006. Once the new English translations were available, the modifications were made, and we also composed a Gospel Acclamation written in the musical palette of “O Come, O Come, Emmanuel” (the published sheet music includes the verses for all the Sundays in Advent for all three years), called the “Majesty Alleluia.”

There's Always Psalm-Thing To Talk About!